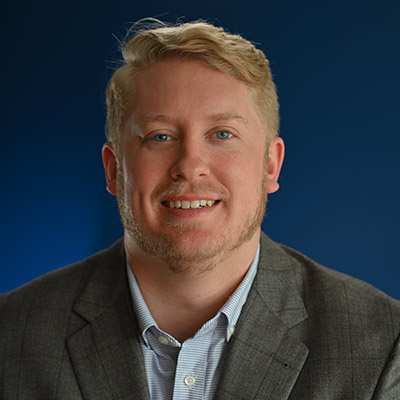 Born and raised on the Indianapolis south side, Garrett attended the University of Indianapolis and went on to receive his Bachelor of Science degree in Business Management. In 2015, Garrett and his wife Sarah moved to Champaign, Illinois while Sarah completed graduate school at the University of Illinois. During his time in Illinois, Garrett stayed busy gaining invaluable experience in sales and customer service. In 2018, Garrett and his wife moved back to Indianapolis and purchased a home in West Old Town Greenwood. Once back in the Indianapolis area, Garrett accepted a job offer with Huntington Bank and spent two years with the company working his way up through multiple positions.

In March of 2020, Garrett joined the growing team at LJI Wealth Management as a Licensed Mortgage Originator. While beginning this new position, Garrett will begin studying for his Series 66 License to become a more well-rounded financial advisor. Highly motivated and quick-thinking, Garrett sets high goals and works hard to accomplish them.

In his free time, Garrett loves spending time with Sarah and their two dogs, Jack and Obi. They love traveling together, boating with their families on Lake Lemon, and attending as many Colts and Pacer games as possible.